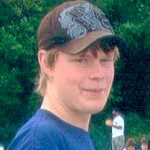 My son Dixon was 17 when he went off the back of an ATV and suffered severe head injuries.

He was pronounced brain dead on June 20th 2009 at Aspirus Hospital in Wausau, WI. He had been airlifted there from Grand View Hospital in Ironwood, MI. When they brought up organ donation, it wasn’t something that we had to think about. Dixon’s father and I both agreed that this was the right thing to do.

Dixon was a loving and giving child. He was going to join me in becoming a blood donor, and he always told his friends that they should be donors, because once we are gone, we don’t need those organs anymore.

Those letters help me to know that there is a part of my son alive today. I can’t be with him anymore, but I know he is with us. There can be no better gift that we can give. We have also established a memorial group and have been doing fundraising to provide scholarships and grants to several organizations in DIxon’s memory.

Hopefully through the years we can continue to grow and do what we can to help others. He may be gone, but his legacy will live on.

‘It has to stop because too many people are losing their lives,’ says donor mom…