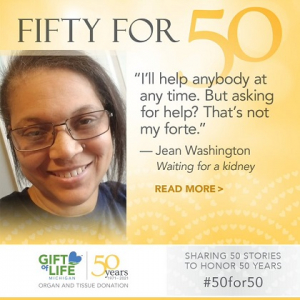 Jean Washington is now in a group that has far too many members: she’s waiting for a life-saving organ.

Washington, 48, of Southfield, had been concerned about a general sense of fatigue last year and decided to schedule a precautionary visit a doctor for a check-up. Her doctors were concerned about the health of her kidneys, citing elevated creatinine levels.

“I was relatively healthy; I just got tired,” she said. “My doctor told me I was too young to have numbers like this.”

They initially attributed it to stress and asked if she could take time off work. Washington, a teacher at the MacArthur K-8 University in Southfield who also coaches basketball, track, softball and volleyball, said that wasn’t an option. She was initially treated with medication and required monthly lab visits, but the medication wasn’t working and her numbers kept climbing.

“They were not helping at all,” she said. “I was struggling a lot. Everything was compounding.”

Washington had always been healthy. She played basketball, ran track and played softball while she was in high school. She’s a former athletic trainer who graduated from the University of Michigan, where she met her husband Dennis, who was a running back for the Wolverines.

Even so, her health deteriorated and earlier this year she received surprising news: without a kidney transplant, she would soon require dialysis. She knew what that was like. Washington’s father had been on dialysis before he received a kidney transplant about 15 years ago at the age of 64. She saw first-hand how difficult dialysis treatments are as well as how life-changing a kidney transplant can be. Even so, she was reluctant to ask for help.

“I’ll help anybody at any time; I have no problem with that. It’s the kind of person I am,” she said. “But asking for help? That’s not my forte, at all.”

She’s been on the waiting list since March, a sadly common place for minorities. There are more than 100,000 people waiting for a life-saving organ in the U.S., and about 60% represent racial and ethnic minorities. In Michigan, about 2,500 people are waiting and half of them represent minorities.

Fortunately, Washington has a lot of help. A former teacher and coach at Southfield High School she, as her students and family frequently point out, “knows everybody.” She’s had friends, family and former students volunteer to get tested. There is also a Facebook page, Washington Warriors fighting CKD, dedicated to raising awareness.

Washington is also hoping to put on some events at school, once classes resume this fall – assuming she’ll be healthy enough to return. She said she’s optimistic, despite the relatively long odds.

“It was very humbling to see the outpouring of support. It made me feel loved,” she said. “I’m looking forward to this part of the journey.” 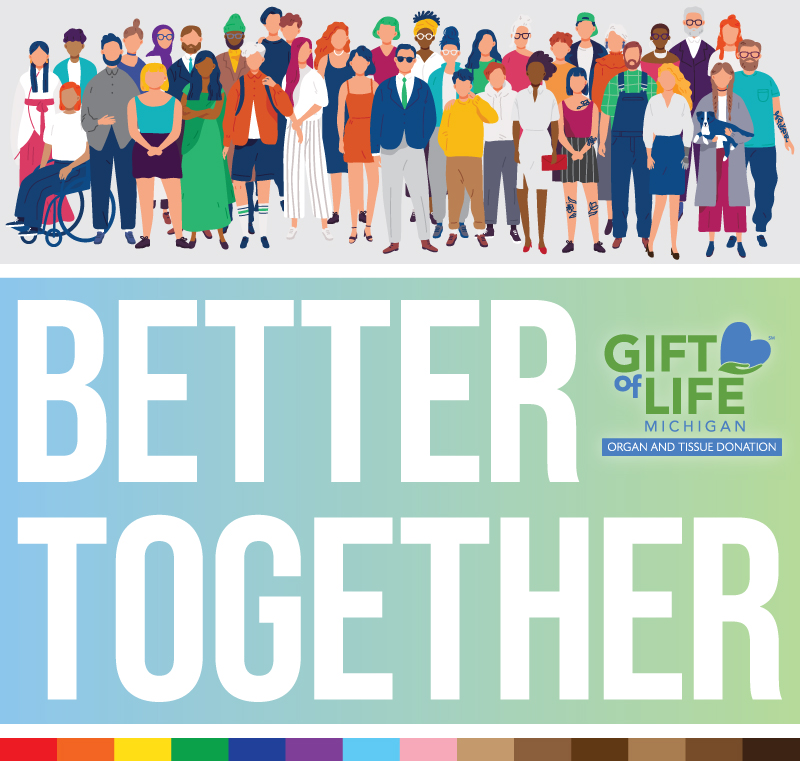