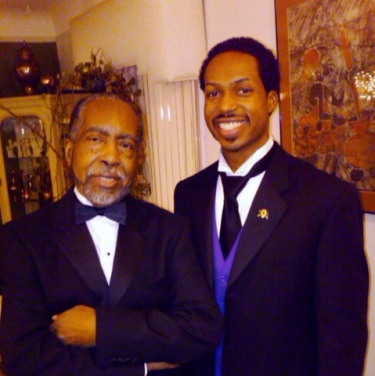 Decision to donate kidney a ‘no-brainer’ for Auburn Hills resident

As father, son and even fraternity brothers, Bobby and Branden Robinson always shared a strong bond.

Ten years ago, that bond became even stronger when Branden donated one of his kidneys to help his father.

“It was no-brainer. This was the man who not only gave me life, but helped provide me with life — as far as my morals and upbringing,” said Branden, 42, of Auburn Hills. “If the shoe was on the other foot, he would’ve done it for me.”

Bobby Robinson had issues with his kidneys due to complications of diabetes and high blood pressure. Those issues became even more pronounced in November 2009, when he was diagnosed with renal failure and placed on dialysis. Branden and his mother, Bunice, volunteered to get tested to see if they would be a good match. Fortunately, both were.

Although his mother was willing – she and Bobby are true soulmates; they met in college and have been married more than 50 years – Branden said he insisted he be the donor. He was younger and would have a shorter recovery time.

At first, Bobby wasn’t sure.

“He was young; he hadn’t gotten married or anything – I didn’t want to do anything that would weaken him,” said Bobby, 75, a retired teacher who now lives in Atlanta. “But he wanted to do it.”

The transplant was performed on June 30, 2010. Branden said even the day before, he didn’t have any second thoughts or apprehension about donating the organ.

“I wasn’t scared. I was not really even nervous,” he said. “I always likened it to a woman who is giving birth for the very first time. She knows it’s going to hurt, she doesn’t have anything in her life to compare it to, however she knows he has to do it to bring forth life. That’s how I felt about the transplant. I knew it was going to hurt. I knew I didn’t have anything to compare it to, but I knew I had to do this to help improve the quality of life for my father.”

His father said he felt better right away. It took him a few weeks to recover but even now, 10 years later, he said his life hasn’t changed that much. He’s still able to do what he was able to do prior to the transplant. His father, although still diabetic, manages the condition and is thankful every day for his healthy kidney.

“I feel great,” he said. “Everything is working okay.”

Branden has since volunteered at and taken part in events to promote awareness of the need for registered organ donors and encourage people to register, to educate the community about the issue and to share his story.

“Sadly, there are so many people who are waiting for organs and tissues and there are certainly not enough people who have signed up to be donors,” he said. “I’m hoping maybe in some way, shape or form in the past 10 years that I’ve helped alleviate some of those numbers and improve outcomes. It’s certainly sad to see the length of time that someone may potentially have to wait for an organ or some tissues.

“It’s something that all Americans of all stripes are still challenged with,” he added. “The more that people know about it the more it may change some minds and outcomes.”