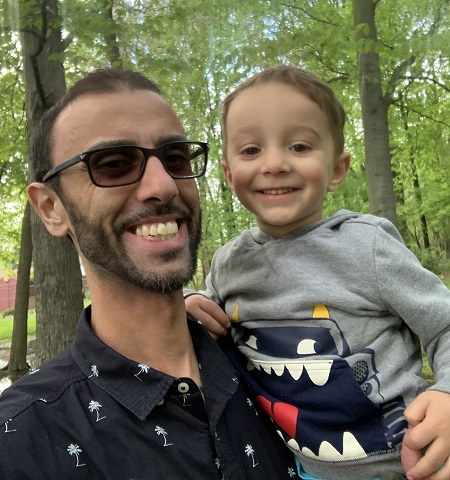 Mustafa Sharafi always wanted to be a father.

Granted that wish more than two years ago, the 35-year-old Sterling Heights resident is just as grateful to celebrate this Father’s Day as he was last year, because doctors had told him he would not live long enough to realize his dream.

“To have a child is such a blessing. I never would have thought I’d be able to have a child,” he said. “Every time he’s with me, I don’t feel pain. I really don’t. he brings so much light and so much energy and so much love.”

Sharafi was born with a rare genetic condition called Tyrosinemia, a metabolic disorder in which the body cannot effectively break down the amino acid tyrosine. It typically leads to acute liver disease and is usually fatal; his older sister, Laura, died from the condition when she was only four years old. He was more fortunate: a matched liver donor was found and he received a transplant just 15 weeks after he was born – he was among the youngest liver transplant recipients at the time.

Even so, his prognosis was grim. His care team told him he most likely would not live past the age of 16, and they expected his life to be difficult. They did not think he’d ever grow taller than about four-and-a-half feet in height. He could not play any contact sports and had to take the extra precautions all transplant recipients must take due to their compromised immune systems.

“It is half my parents, half my physicians, nurses and medical staff – and all God,” he said.

He said he tries to be a living example of the good organ donation can do – a concept not necessarily embraced by the Arab American culture. He hopes to change that. He volunteers with Gift of Life Michigan, providing education and talking with people who are hesitant to sign up or even discuss organ donation. Often, that is due to biases passed down from family members or friends.

“I want to let everyone who struggles from all chronic diseases or illnesses know that there is a light at the end of the tunnel,” he said. “We believe with time, energy and patience others can be en route to healthy living and happiness.”

“With a lot of ethnicities and backgrounds, it depends on who you’re talking to and the demographic area,” he added. “I think it’s becoming more accepted; the younger generation is actually starting to understand and be able to say: that could be my family member, my loved one.”

Organ donation has, after all, helped him achieve his dream of being a father. He said he’s appreciative of every minute he spends with his 2-year-old son, Zain.

About Gift of Life Michigan
Gift of Life Michigan is a federally designated organ procurement organization that serves the state of Michigan as the intermediary between donors, their families and hospital staff. In collaboration with Eversight, Gift of Life provides all services necessary for organ, eye and tissue donation. For more information, or to sign up on the Donor Registry, visit www.golm.org or call 866.500.5801. 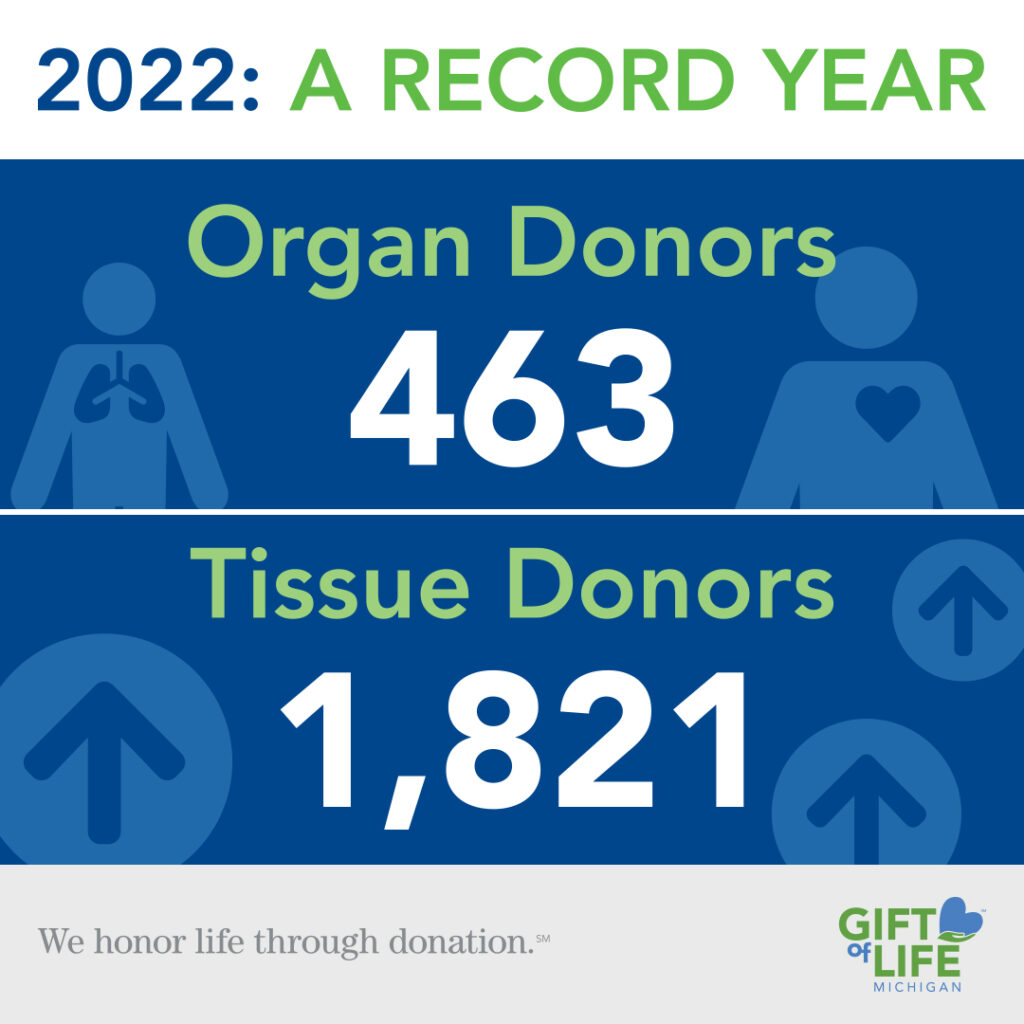 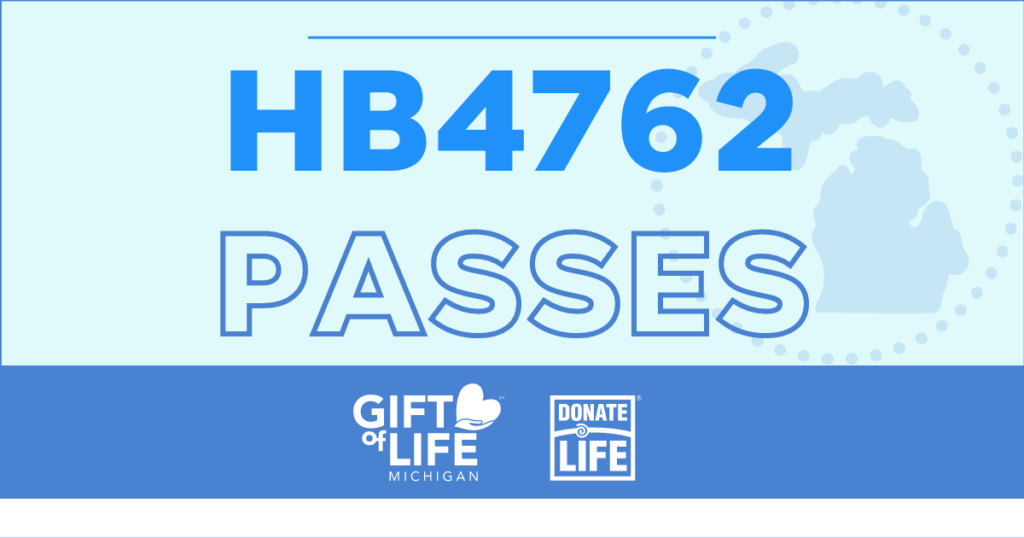