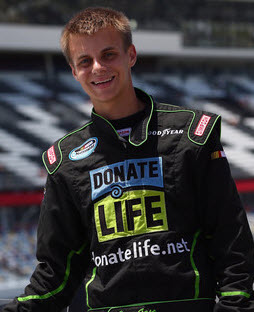 Gase’s mother, Mary Jo, died of a brain aneurysm in April 2011. Just 18 at the time, Joey made the decision to donate her organs and has become an advocate for donation since. Gase’s car will bear pictures of two others who also gave the gift of life, as a way to honor all donors. The honorees are:

“He was the best husband and friend anyone could hope for, with the biggest heart and greatest soul,” Burns-Caringola said. “He drove stock cars in his younger days and would never miss a race. he would think this was the coolest thing to have this opportunity to be at the racetrack one more time.”

Richard Pietroski, Gift of Life Michigan CEO, said honoring Niekro and Caringola pays tribute to everyone who decides to help others with the gifts of life, sight and mobility. “Whether you were a major league pitcher or someone who isn’t a household name, you have the opportunity to be a hero by being an organ, eye and tissue donor,” Pietroski said.

He added: “Joey Gase, in addition to being an excellent driver, is a great ambassador for his cause, and we are proud to put the Gift of Life Michigan name on his car.”

A native of Iowa, Gase is currently in the Top 20 in the NASCAR Nationwide Driver Standings and has competed in every Nationwide race this year. “I’m looking forward to coming to Michigan to race and to spread the message that organ donation saves lives,” he said.

Gift of Life Michigan is the state’s federally designated organ and tissue donation program. It serves as the intermediary between donor families, hospitals and transplant centers. More than 3,300 people are waiting for a life-saving organ transplant in Michigan. Over 121,000 people are on the organ transplant waiting list across the country. Anyone can join the Michigan Organ Donor Registry – regardless of their age or health history – by going to https://giftoflifemichigan.org/ or calling (800) 482-4881. 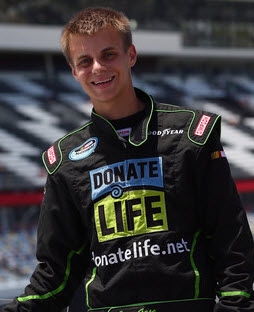