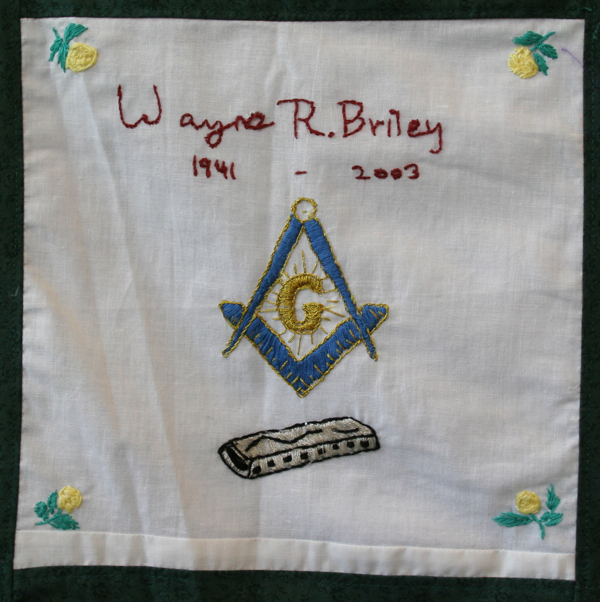 Waynes quilt square begins with his name in burgendy, a deep shade to represent deepest love, both by him and for him.The dates are his year of birth and of death.He is mourned by his family, friends, and business associates.The Masonic emblem is for his belief in its brotherhood and meaning. He was a Past Master and one of the youngest in the state.The harmonica was a source of enjoyment. He was in a trio called “The 131 Connection.” The trio perfected each song played and could play several styles. They were highly regarded for their programs. The trio disbanded several months after Waynes death – it just wasnt the same. The yellow roses in full bloom is for friendship, a marriage of 44 years 4 months and a day and for the anniversaries. Yellow roses held a very special meaning for Wayneand his wife Jean and will until they are united again. This is only a small portion of his life. He lived a full and complete life though it ended too soon for those left behind to mourn him.