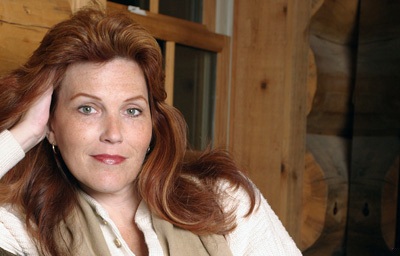 My name is Royce Story and I would like to tell you a little story about my family’s experience with organ and tissue donation and why we feel so strongly about it.

On June 24th 2009 my wife woke up not feeling well. By about 5pm I noticed the whites of her eyes were getting a little yellow. As a former paramedic I knew that this was a liver issue. We took her to Saint Mary’s hospital in Grand Rapids. They admitted her to a regular room and started treatment to counteract the acetaminophen levels.

On the 25th about 9am Dee called me to tell me that they were transferring her to ICU because of a blood pressure issue. About 10am she called me again to tell me they were putting in a central line to monitor the blood pressure more closely. I had a meeting and wasn’t able to be there yet. At 11am I got a text saying her body was going into shock from the liver failure and they wanted to intubate her and put her on a ventilator. I sent her a text and asked her if they could wait until I got there. I was on my way there. At 11:03 am I got a text saying “The doc is insisting. I love you very much” That was the last communication I had with my wife.

When I got to the hospital the docs told me that she would be on the vent for a couple days while they stabilized her and then she would need to go to U of M for a liver transplant. At about 5pm they came in and told me that she was getting worse and they needed to send her to U of M right away. She was flown there that night and arrived at U of M at about 10pm.

On the 26th we were talking to all kinds of doctors and transplant social workers and then they started seeing some decline in her reflexes and did a CT scan. Her brain swelling and then her kidneys shut down. Apparently that is pretty common in acute liver failure but they put her on continuous dialysis. About 7am on the 27th the neurologists came in and we watched as they were checking all reflexes. She had no gag or Babinski reflexes. The pupils were not responding and there was no corneal reflex. At that point they told me that her brain stem was herniating because of the swelling.

So in about 72 hours or so we went from healthy 40 year old woman to needing a transplant and then finally to becoming a donor! I made the call right then and told them we were going to let her go and to get me the Gift of life rep at the hospital.

We donated tissues and bone and all the other things we could. She will have improved the lives of up to 50 people or so. I was fortunate because she and I had had many talks about what we would want in that situation. So I did what she wanted. There are so many people out there with a lot of misconceptions about organ and tissue donation.

Since Dee died, I have been volunteering with gift of life and have had the opportunity to speak at several different events about Dee and her final gift to total strangers. I am working with 2 different Secretary of State offices to keep the Gift of Life information available there.

It is the Super Buddy program to encourage people to get on the registry. I will be in those offices talking to people about this at every opportunity. I have had the opportunity to correct many people’s misconceptions about organ and tissue donation. I will continue to speak at every opportunity. The question I ask a lot of people is ”If you needed a heart transplant or a liver or kidney or whatever, would you want someone to give you that gift?” Everyone will say yes if they are being honest. So, if we would want someone to save our life, why wouldn’t we give that same gift if we die.