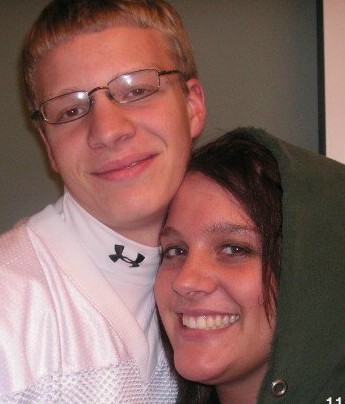 Ryan was the most upbeat, fun loving, active, intelligent, young man I ever knew.

He knew exactly what he wanted out of life and was determined to make all of his dreams come true. At the beginning of the 2009 school semester, Ryan left for Ferris State University as a freshman majoring in HVAC. He loved everything about college life. Furthermore, he had made it a regular thing to come and visit me (his older sister) almost every other weekend to hang out, get a free dinner, have English papers edited, and do some laundry.

In January of 2009, Ryan planned to come to visit me for a long weekend seeing as campus was shutting down for Martin Luther King Day. I was watching The Goodfellas with my room mate when I got a phone call from my dad saying that Ryan was in a car accident and I had to to get Spectrum as soon as possible.

I rushed to the hospital where my two closest friends sat by my side, while we waited for my parents to make a grueling 2.5 hour drive from Sterling Heights to Grand Rapids.

As we sat and waited, Ryan’s doctor told us that we were going to have to start praying for a miracle because things we’re not looking good. Shortly after my parents arrived, we were told that Ryan was brain dead. A few hours later, a Gift of Life representative approached my family and asked if we had ever considered organ donation. After a family meeting, we came to the following conclusion: Ryan had touched so many people’s lives, there was no reason he should stop now.

We therefore decided that Yes, we were going to donate Ryan’s organs. Ryan was able to donate everything but his heart (which was damaged in the process of trying to revive him) and his lungs (one was punctured).
Furthermore, we were told that Ryan was able to help over 50 people. The day Ryan passed away was by far the worst day of my life. I lost my best friend and little brother. My parents lost the most spectacular son they would ever have. However, I do not have any regrets.

While Ryan and I may not have had a surplus of time together, the time we did have together was absolutely amazing. Ryan was an amazing person and I am so thankful for the 18 amazing years I got to spend with him.