Gift of Life Michigan and the InterFaith Leadership Council of Metropolitan Detroit hosted an Organ Donation Across the Faith Traditions discussion recently, where several local religious leaders provided their perspective on the topic.

Although all indicated their respective religious traditions generally support organ and tissue donation, the circumstances and respect paid to the deceased and family are paramount. They also stressed that it was an individual decision. 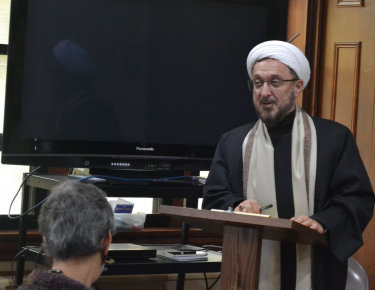 Islamic scholars focus on the fact that organ and tissue donation is not mentioned in holy texts, which leaves it open to some interpretation, according to Kazerooni.

“Most of the scholars today opt for the permissibility, although there are a number of scholars who still adamantly state that because there was no text, we cannot give justification for it,” he said. “But most scholars say it is justifiable.”

For Hindus, the decision is an individual one, based on the tenets of karma, dharma and moksha.

“In the Hindu faith tradition, we believe that the physical body is only a carrier for the individual soul that is ultimately a portion of the universal soul,” Mehta said. “So we are told to not be attached to the physical body, but to take care of it because it is a house of the divine.

“We take care of the physical body up until we no longer need to reside in it,” she added. “After that it becomes an object of donation depending on the person’s will or the will of the family, in case of accidental death.”

The debate in the Jewish community has focused on whether organ and tissue donation properly honor the deceased or if it desecrates the body, according to Gutmann. Because organs are a form of tissue and transplanting them may save or improve lives, donation is allowed, she said.

“In this final act we are actually creating a blessing for all the people that survived,” she said. “That’s the rationale.”

“We know that we don’t know everything,” she said. “It’s important for us to reach out to faith leaders and have this conversation.”

Gift of Life Michigan has created videos and other resources to answer faith-based questions. You can also find information about the views of additional religious traditions here.