‘It’s all in Divine order’ 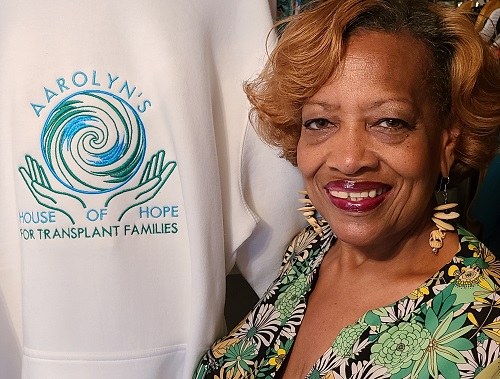 Aarolyn McCullough knew she would need a liver transplant more than 10 years before her miracle happened.

Diagnosed in the late 1990s with Primary Biliary Cirrhosis, a disease that attacks the bile ducts in the liver, she said she didn’t pay much attention when doctors told her the only cure for condition would be a new liver.

“At that time, that didn’t mean anything to me,” said McCullough, 62, a retired postal worker from Oak Park. “I was in the middle of raising my children, working and everything.”

It wasn’t until 2009 that her condition would force her to make some tough choices. Her health had deteriorated and the long days at the bulk mail facility in Allen Park were wearing on her. She used her seniority to transfer from pushing mail and heavy equipment around to driving a hi-lo, but even that didn’t help. At break times, she said she was so tired she just stayed on the machine.

“By the end of the day, I could barely make it to the front door,” she said.

She also experienced other symptoms, like jaundice, blotchy and perpetually itchy skin.

“Itched all the time. My feet were raw,” she said. “It was like an itch that you can’t scratch; it never went away. It seems like a minor thing, but when you have to deal with it it’s not minor, at all. It consumed my life.”

Her health issues came to a head one Saturday in September and she said she realized she couldn’t go to work the following week. Fortunately, she was offered an early buy-out by the postal service and, exactly 28 years after the day she first started working there, she retired. She was listed for a transplant in January of 2010 and received a gifted liver in April, 2011.

McCullough said she was called three times during that 15 months – and once, even went to the hospital and was prepped for surgery – but each time the organ proved to be unviable. She took those false alarms in stride, however, and never lost hope.

“It happens when it’s supposed to happen. It’s all in divine order,” she said. “The other calls prepare you for the actual main call.”

When she woke, she noticed the difference right away. Her eyes were clear. Her blotchy skin was clearing up and the continuous itch was gone.

McCullough said she was so grateful, she decided to give back. She joined the Transplant Living Community (TLC) program at Henry Ford, and volunteers there every week, sharing her experience and helping others who are awaiting transplant or recovering by sharing her journey.

“I love what I do at Henry Ford,” she said. “It’s a way to pay it forward for the gift that I received.”

She’s also working on starting a non-profit, and hopes to provide a transplant house to the community; it would be a place, based on one she learned of and toured at Emory University in Georgia, where transplant patients and their families who lived far from a transplant center could stay while they were getting treatment.

McCullough also volunteers with Gift of Life Michigan, reaching out to minority communities to encourage them to sign up as donors, because of the good it can do.

“Sometimes we don’t believe that because of our experiences from the past,” she said. “I like to share my story in hopes we get more African Americans and other minorities to donate, to get that heart on their driver’s license. You just never know when you, or someone in your family, may need a new organ. I think it’s really important to get that heart sticker.”

She said she is grateful to her donor and their family – she reached out to them, but has not heard back – for the opportunity to see her children grow up and have children of their own. She now has four grandchildren.

“If I hadn’t got that liver transplant, I don’t think these things would have been possible,” she said. “I definitely feel very blessed.”