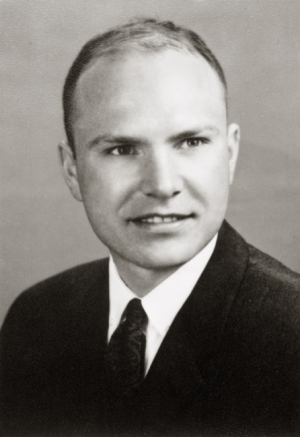 The medical and transplant community is mourning the recent loss of Jeremiah Turcotte, M.D.

Dr. Turcotte was a trailblazer in the field of organ donation and transplantation, recognized across the country as a visionary leader. He passed on Feb. 12, 2020, at the age of 87.

Dr. Turcotte was one of five transplant surgeons directly responsible for creating Gift of Life Michigan. He and four other surgeons, known fondly as “The Brighton Five,” met at a coffee shop in Brighton, MI, in 1971 to determine how to get more organs to more patients who needed them. Until then, the field of organ donation and transplantation was not cohesive; individual surgeons worked independently to find donors and organs for their patients.

Their idea focused on collaboration and teamwork and eventually became Gift of Life Michigan, the second oldest organ procurement organization in the country. Since its founding in 1971, GOLM has helped save tens of thousands of lives in the state, across the country and abroad.

Dr. Turcotte was successful long before then. He enjoyed a distinguished career at the University of Michigan, where he earned his bachelor’s degree and doctorate of medicine. He was the 12th Chairman of the Department of Surgery, serving from 1974-1987, and the second Frederick A. Coller Professor of Surgery, from 1978-1989.

Dr. Turcotte was a founder of the Surgical Transplant Program and served as director from 1964-1984; he then served as the director of the Organ Transplantation Center from 1984-1996. As chairman, he dramatically modernized and expanded the Department of Surgery to attract the most qualified staff and make it respected for advancements in clinical and laboratory research. He also played an important role in replacing the original University Hospital.

In 1970, he received Michigan’s Henry Russel Award for Distinguished Achievement in Scholarly Research, and in 2004, the Medical Center Alumni Society Distinguished Service Award. In 2002, the Department of Surgery named its library the Jeremiah G. Turcotte, M.D. Surgical Library. In 2005, the American Society of Transplant Surgeons honored him with the Pioneer Award.

You can read more about his life, accomplishments and funeral services here.