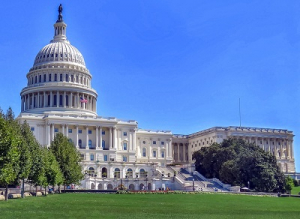 The United States has the best organ donation and transplantation system in the world. Organ donation has increased nationwide for seven straight years and, even in the midst of a pandemic, our system is on track to attain new highs again this year.

Gift of Life Michigan has played an integral role in this success, with steady increases over the same period and record numbers of organs recovered and transplanted the past two years.

Nonetheless, everyone agrees it is not enough. More donors are desperately needed.

That’s why it’s so disconcerting – and dangerous – that efforts are under way that would not only undermine our ability to improve, but jeopardize the organ and tissue transplant system as a whole. The U.S. Centers for Medicare & Medicaid Services has proposed changes to the metrics by which OPOS are evaluated, based on an executive order signed by President Donald Trump in July 2019.

The proposal is well-intentioned and addresses many issues identified by the donation and transplant community, but unfortunately it is based on bad science and questionable data.

Briefly, the proposal relies on a faulty premise that 100 percent of the people eligible to donate will either be registered as an organ donor or have family willing to authorize donation. It is an impossible standard. Also, the proposal would use death certificate data gathered by the Centers for Disease Control and Prevention, even though the CDC acknowledges they are not consistently accurate and do not adequately identify underlying health issues that determine donor suitability. Death certificates may not, for example, identify whether a potential donor had a disease that could put a transplant patient at risk.

The proposed rule also sets an arbitrary threshold that only the top 25 percent of organ procurement organizations (OPOs) would be automatically certified, without any supporting rationale for that figure. That means about 75 percent of the 58 OPOs in the United States could be decertified – throwing the transplantation system into disarray with no immediate plan to compensate for their loss.

Substantive change is needed and OPOs are a central part of the improvements necessary to save and heal lives. Gift of Life is working with the United Network for Organ Sharing, the non-profit network that coordinates the nation’s system of transplant hospitals and OPOs, and other advocacy groups to propose changes that would make OPOs more accountable and improve the overall organ and tissue transplantation system.

Among the reforms we have proposed:

The dramatic changes proposed to the current system are based on flawed data that endangers the patients who rely on the OPO network to save their lives. There is a better way to increase organ donation, help more people and improve the performance of OPOs across the country.