Baby Jade came into the world with all odds against her and left with a legacy that now defines her.

She lived for just 55 minutes. In that short lifetime, Jade touched hundreds of people with her story and her gifts of life-saving heart valves and tissue for healing and research.

Her mom and dad, Allison and Nick Townsend, learned at 26 weeks gestation that their first baby had an extra chromosome and would not survive long after her birth — if she made it that far. Their little girl had Trisomy 18, a rare condition afflicting one in 5,000 live births.

“I felt like my heart was ripped out of my chest,” Allison said. “All of our hopes and dreams for her stopped with that diagnosis.

“We had our moments of sadness, grief, and even anger, but then we started to think, ‘How can we make something good come from this?’” she added. “How can we make her life meaningful, knowing that she might only live a couple of hours?’”

“I had been thinking about donation, but Nick brought it up,” she said. “I was ecstatic because in nursing school, I was able to see an 18-year-old give the gift of life. I never forgot that patient. I was able to witness what good can come from donation.”

“Allison told me, ‘Any way that we can help – anything and everything – this is what we want,’” Chelsea said. “I knew this was something special, and I was thankful for my team that day.”

With that call, Jade’s legacy began to take shape. Chelsea and Allision completed the paperwork so Jade could donate her heart valves to save the lives of other babies. Her placenta would also help heal patients with traumatic injuries and surgical wounds.

And arrangements were made so Jade’s brain could be used for Trisomy 18 and Alzheimer’s research.

“Gift of Life and the University of Maryland worked together to make sure that our wishes for Jade were going to come true,” Allison said.

Six weeks later, Allison gave birth to baby Jade by C-section at Ascension St. Joseph Hospital in Tawas City. She weighed just 3 pounds and 7 ounces. Three Gift of Life staff members were there to support Nick and Allison and to fulfill their wishes for Jade.

“I was so worked up about her suffering. But when they handed her to me, she was just so peaceful, beautiful and she was the spitting image of Allison,” Nick said. “We knew we had to soak up every second. It was just bittersweet.”

Allison was in awe as they placed tiny Jade on her chest. Jade didn’t take a breath because her lungs didn’t develop correctly, but her heart did beat for 55 minutes. They held her and studied every inch as they said goodbye.

Jade’s life was over, but her legacy had just begun.

The Gift of Life team worked closely with the tissue processor that received Jade’s heart valves and – despite requirements that children must be 5-years-old to donate – her healthy valves were accepted and likely will be transplanted.

Because of this case, LeMaitre Vascular in Massachusetts has changed its age criteria from 5 years to 12 months, with open consideration for infants like Jade. This means more heart valves will be donated, and even more babies will be saved.

All because of Jade, who was one of fewer than a dozen newborns to donate in Gift of Life’s 50-year history, said Dorrie Dils, Gift of Life’s president and CEO.

“It would have been very easy for our staff to take a no to that ask. But instead, everyone really pressed. The mother and father’s desire to have donation happen was really ringing in their ears,” she said. “I’m incredibly proud of my team and thankful to Allison, Nick and, of course, Jade.”

Dorrie said the Townsends have left an enduring impression on the team that worked to help make donation happen for Jade: “Their generosity, kindness, and their willingness to look beyond their own tragedy to help others has touched us all.” 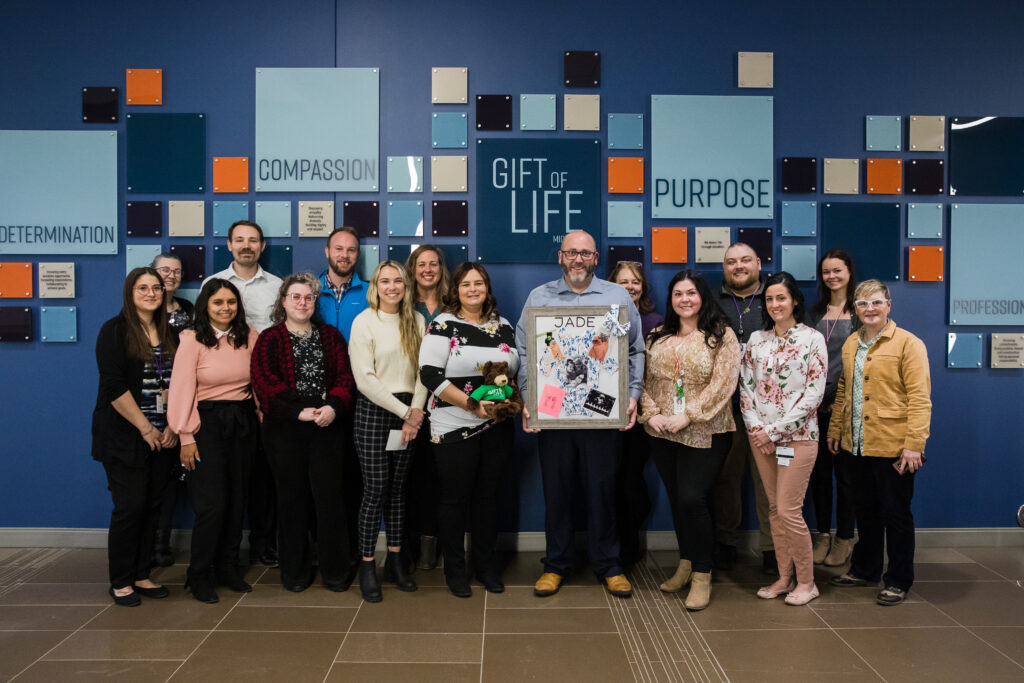 Chelsea, who took that first call at Gift of Life, said Jade has become a connect-to-purpose for her and her colleagues.

All those things have added up to a legacy. And for Allison and Nick, who struggled for years to conceive, Jade gave them a gift, too, Nick said.

“The best gift she gave us was the title of Mom and Dad.” 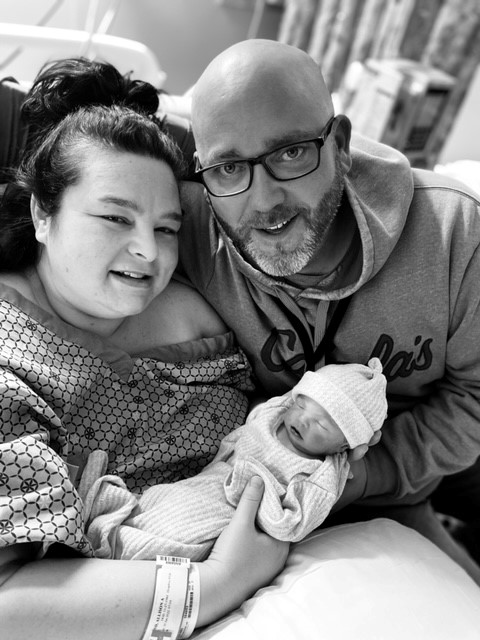