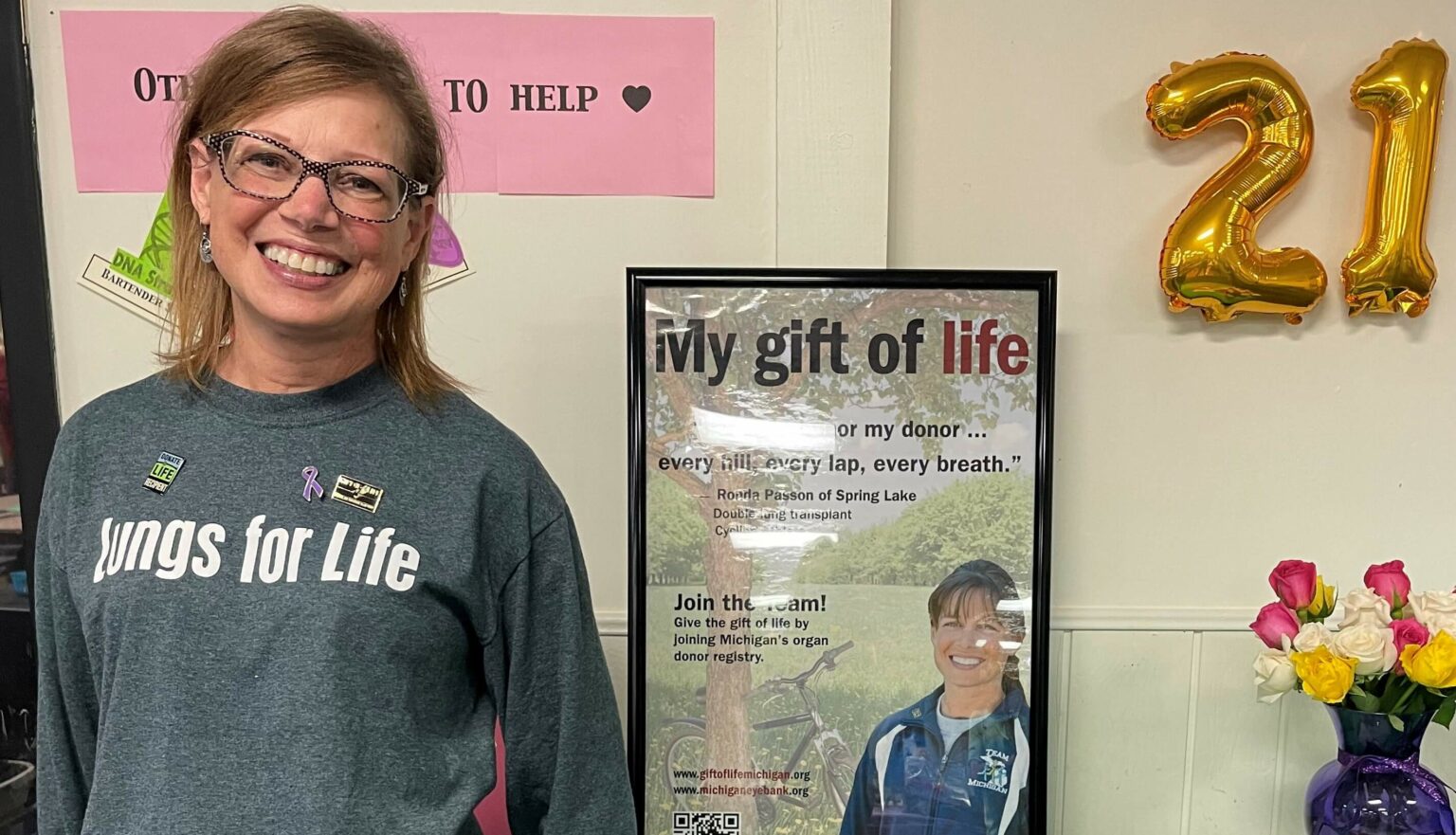 Born with cystic fibrosis (CF), the Spring Lake woman said she always knew her life had an early expiration date.

“I have always known I wasn’t going to live as long as my friends,” she said. “That has now changed.”

It technically started to change when she received a double lung transplant at the age of 33. At 54, she’s living and giving to help others and raise money for both Gift of Life Michigan and to fight CF, the inherited disease that damages the lungs, digestive tract and other organs.

But it’s been a long haul for her. Ronda had a mostly normal childhood, but her CF began to worsen when she was in her late 20s. Ronda was listed for a lung transplant in 1996 and spent four years on and off the waiting list before a donor saved her life in 2000.

Ronda said that when the day of her transplant finally arrived, she felt virtually no fear.

“I was thinking I was going to die anyway. I had a very slim chance of a successful transplant, at least for the first year,” she said. “I didn’t think I had a lot to lose.”

Ronda woke up breathing easier than she had in a long time. The first year of recovery turned into another, then another. More than 20 years later, Ronda is finding ways to give – just like her donor did for her.

She advocates for organ and tissue donation and helps patients as a respiratory therapist at Spectrum Butterworth Hospital in Grand Rapids.

Ronda doesn’t always share the story of her transplant with her patients, but she relies on her own experience to help them manage their struggles.

“I can relate to what they’re going through. I’m just trying to help them from my experience,” she said. “Everybody’s situation is different, but I have more back-door information than most people.” 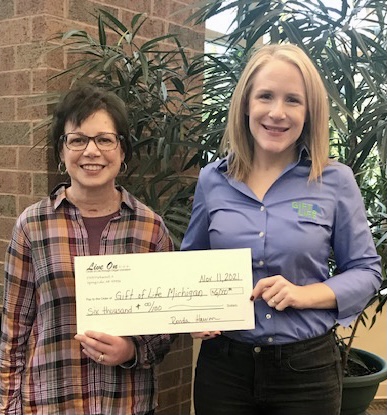 Ronda also started a charity, Live On, to support Gift of Life Michigan and causes related to CF. She organized a fundraiser in 2020 in honor of the 20th anniversary of her transplant – but it was canceled due to Covid-19. She brought it back as a 20+1 celebration and generated $12,000. Ronda gave the money to both Gift of Life and to a cystic fibrosis nonprofit.

She’s planning another in September. A “Lobstah Dinner” is set for Sept. 9. Her husband, Terry, and a friend will drive to Maine to pick up fresh lobsters to bring back and serve at the fundraiser.

Ronda also speaks at high schools and at community events, urging others to sign up on the Michigan Organ Donor Registry, and to talk with friends and family about making sure they’re registered.

“I just want to help people understand the importance of organ donation,” she said. “It affects more than just the person getting the transplant; it affects the whole community.”