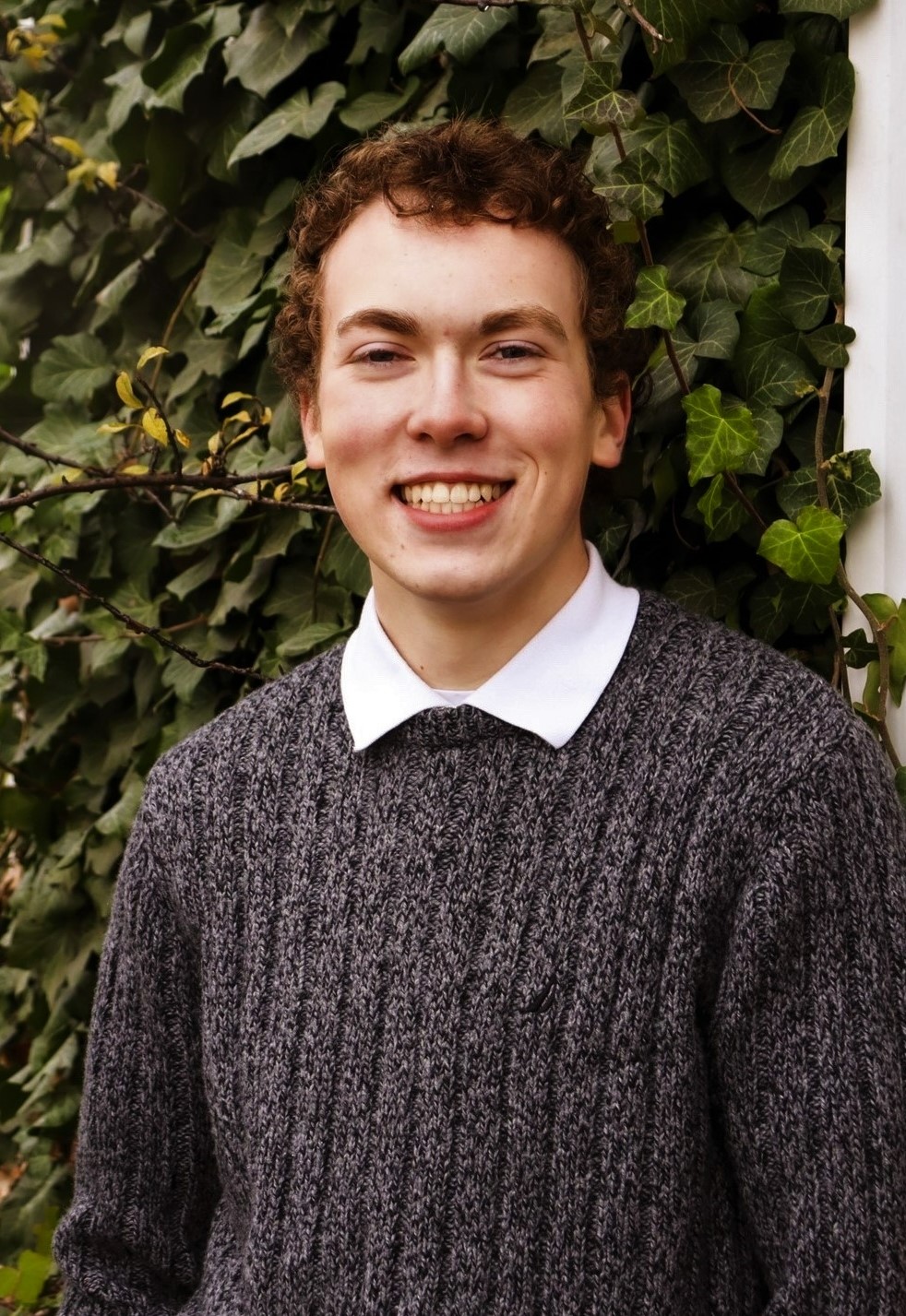 Justin Shilling’s legacy as an organ and tissue donor is helping his mother navigate the depths of her grief. She wanted something for his 1,900 classmates, too.

The Oxford High School senior was one of four students killed in a shooting at the school last fall. He was able to donate both kidneys, one lung, his liver, and his heart valves. Justin saved the lives of six people and helped countless others as a tissue donor. 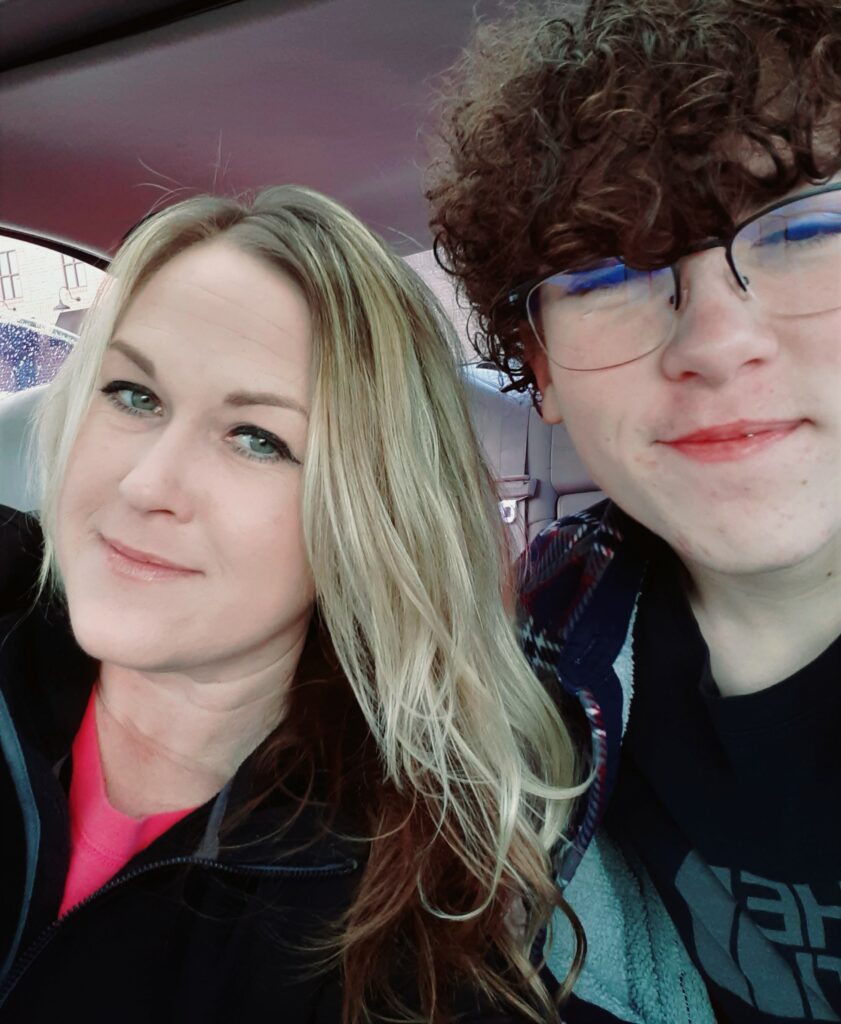 Jill Soave is so moved by her son’s legacy – and acutely aware of the trauma and grief felt by his classmates – that she reached out to Gift of Life with a special ask: For every Oxford High School student to have a Gift of Life teddy bear.

“Gift of Life sent us bears as part of the packet for donor families. They were something to hold and touch – something tangible to make us feel a little better,” Jill said. “I wanted those traumatized students to have their own bears, and Justin would have wanted that for them.”

With the help of a grant from the Gift of Life Foundation, nearly 2,000 small bears with Justin’s name printed on a ribbon along with Gift of Life Michigan were delivered to the school in May. Boxes and boxes of bears showed up – enough for every freshman, sophomore, junior and senior, including all online-only students.

“When I learned that Gift of Life would find a way to make it possible, I was extremely humbled – tears of joy,” Jill said. “It was an unbelievable partnership. Those Justin Bears are a reminder that he did something beautiful for others.” 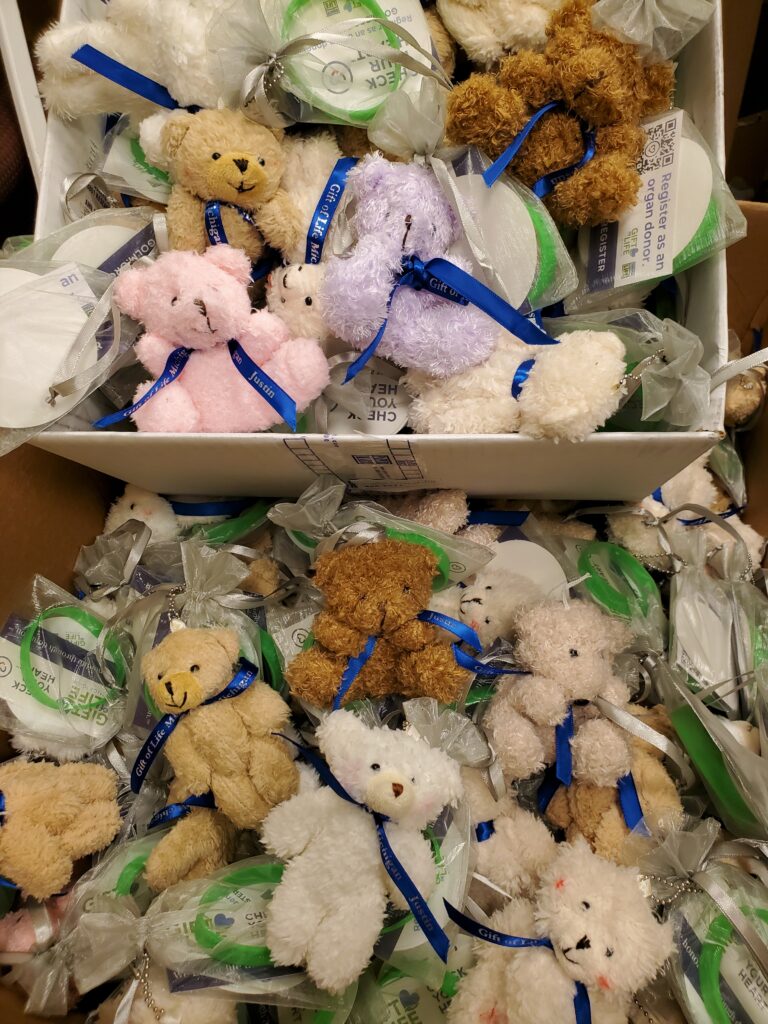 Those bears also represent the person Justin was, she said. “He always went out of his way to make others feel included. He gravitated to kids who were bullied or left out. If he was in a room with five kids and one was in the corner, he made a new friend.”

The tiny, soft bears were loved by students who took them home with days left in the most traumatizing school year of their lives.

One mother of an Oxford freshman said the gesture was incredibly moving. “My daughter cried when she received it, cried when she told me about it, and said she would keep it with her always.”

Susan Rink, chief of philanthropy for the Gift of Life Foundation, said the grant for the bears was awarded for three reasons: To remind the community that Justin saved and improved life for so many, to help ease the grief felt by his classmates, and to raise awareness that donation saves lives.

“This project was so meaningful for us,” Susan said. “The staff pulled together to tie blue ribbons to every single bear and package them up before we delivered them by the boxful to the school. We will all remember Justin, his incredible legacy of saving others, and his bears.”

Justin’s 14-year-old brother, Clay, named the project for his classmates “Justin case you need a friend,” saying his friends described the bears as “cute, sentimental and really cool.”

Clay said donating organs and tissue to save others was “on brand” for his brother.

“It fits with who he was – a self-sacrificing man,” he said. “Justin was caring, and he was there when I needed him.”