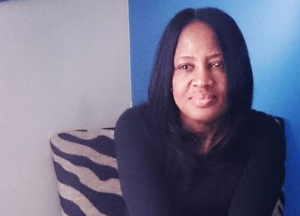 Although National Kidney Month is traditionally set aside to raise awareness of kidney disease and ways to lower risk factors, it also serves as an important reminder of the need for organ donors in the State of Michigan, particularly among the minority population.

Kidney disease is more likely to affect African American, Latino and other minority groups – groups that are traditionally underrepresented on the Michigan Organ Donor Registry.

“We’re more affected than anybody, and we tend to donate the least,” said Rekenna Stanford, 56, of Kentwood, MI. She received a kidney on Valentine’s Day five years ago and has since volunteered to raise awareness of the need for organ donors and to dispel myths surrounding the process.

The need, however, is widely acknowledged across the country. Due to high rates of diabetes, high blood pressure and heart disease, African Americans are as much as three times more likely to develop kidney failure than other ethnic groups. They represent about 13 percent of the population in America, but more than 35 percent of all patients receiving dialysis. It’s estimated that more than 4.9 million African Americans are living with either diagnosed or undiagnosed diabetes, too.

In Michigan, about 2,228 people are on the waiting list to receive a new kidney. Of those, about 35 percent are African American; in fact, all minorities combined make up more than 1,000 of the names on the list. They represent only about 20 percent of the 5.2 million registered organ donors in the state.

Those numbers are improving, thanks to outreach efforts at the Gift of Life Michigan, like the Let’s Talk campaign, as well as the Minority Organ Tissue Transplant Education Program (MOTTEP), which was founded in 1991. Deacon Lawrence James Bailey, 65, of Canton, volunteers with both organizations to reach out and educate minority populations. He received a kidney after being on the waiting list – and on dialysis – for more than five years.

“We’re still at the top of the list, but more and more people are signing up,” he said. “The educational component has caused more people to sign up.”

To sign up on the Michigan Organ Donor Registry, visit www.golm.org.