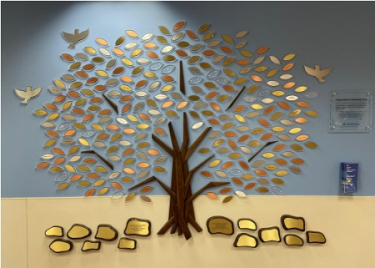 Phil Laske remembers his brother, Joe, as a nice guy and jack of all trades.

“He was very mechanically inclined,” said Phil, who works in the mailroom at Ascension Borgess Hospital in Kalamazoo. “He fixed everything, and he helped everyone.”

Joe’s legacy of helping others continued after he died from a heart condition five years ago at the age of 67. He became an organ donor and tissue donor and his final act of generosity saved lives.

Now, Borgess Ascension Hospital has another way to honor Joe and the donors who have provided the gift of life at the hospital: a special Donor Memorial Tree installed in a main hallway, with leaves inscribed with the names of past donors to honor their generosity.

“It’s a nice remembrance,” said Phil Laske. “It feels good seeing it there.”

Funded in part through a grant from the Gift of Life Foundation, the tree was installed last year. Jeffrey Wilt, medical director of critical care services at the hospital, said it was a fitting tribute to the donors who have given so generously through the more-than-30-year partnership Ascension Borgess has with Gift of Life Michigan and Eversight.

“I get emotional each time I look at all these names,” he said. “These are people who have given the ultimate sacrifice to somebody else. They’ve given their organs at the end of their life; their family has allowed somebody else to have a chance at life, themselves. This is an absolute tribute to the brave decision they’ve made to help someone else.”

There have been more than 238 organ donors at Ascension Borgess in the past five years, alone. Staff at the hospital have honored them in several ways. They offer Honor Walks, where team members line the hallway as donors are taken to surgery; they provide a “heartbeat in a bottle,” which is a necklace that has a bottle on it imprinted with an EKG strip from their loved one to families when their loved one passes. Pre-Covid, they hosted donor remembrance events, too.

Hospital staff have also provided education about organ and tissue donation at donor sign-up events at Ascension Borgess and have added new donors to the registry. Clinical staff in the Critical Care Units mentor new graduates and new staff with the role that Gift of Life plays in honoring the wishes of donors.

Since its installation, the Donor Memorial Tree has proven so popular that similar tributes are being planned at other Ascension hospitals across the country.

“We are very committed to helping other people in every way in this hospital and one of those ways is that we are very pro-organ donation,” said Wilt.

April is Donate Life Month, which honors organ and tissue donors and their families, celebrates their stories, and encourages people to sign up on the Organ Donor Registry. There are more than 106,000 people waiting for a life-saving organ in the U.S., including about 2,500 in Michigan. To sign up as a donor, visit golm.org/register. 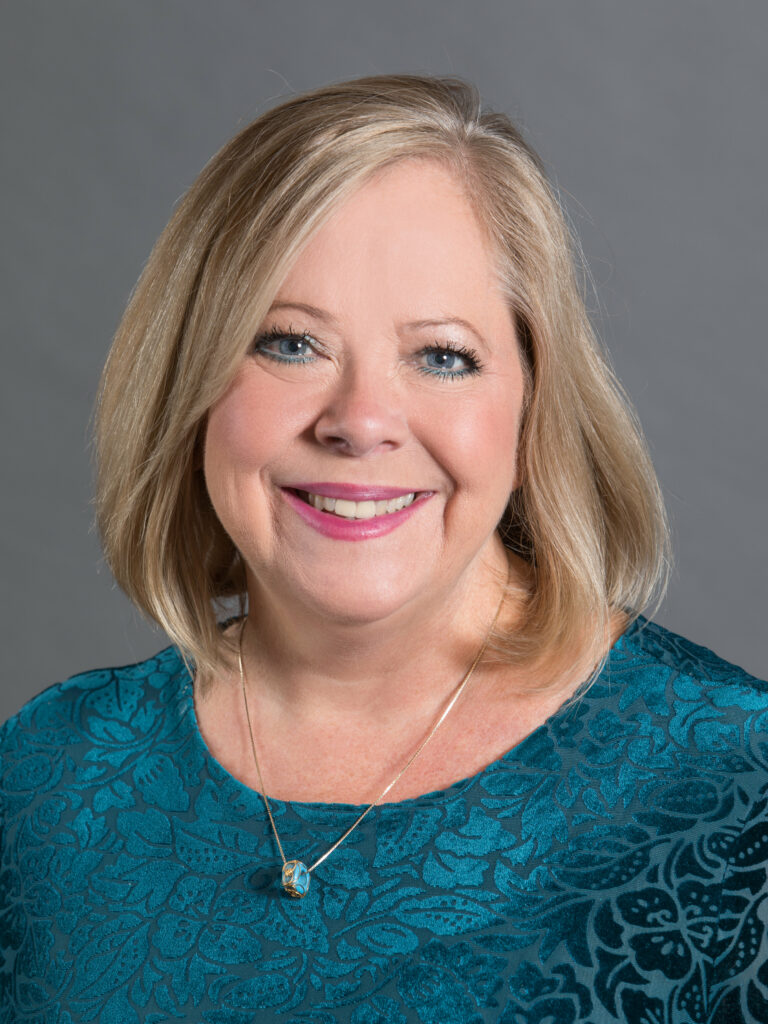